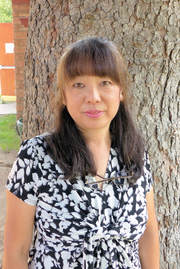 Keiko Nagasawa-Breese  was born in Japan and was educated in both Japan and the United States. She has a BA in English from a Japanese university and taught children (grades Pre-K to 6) English in Japan for 18 years. She also has a certificate in Teaching English as a Second Language from Portland State University in Portland, Oregon. Keiko has a teaching certificate in Elementary Education and an MA in Education from Montana State University – Billings. She has been teaching elementary school children in the United States for 16 years.
​
She started her teaching career in Japan as a Kindergarten teacher in a bilingual school and was responsible for organizing the bilingual curriculum for grades Pre-K through 6 and served as the head teacher and school administrator. She also taught elementary school students English at the YMCA English School in Yokohama and served as the curriculum coordinator for grades K-9 and teacher trainer for the children’s English program. She has published three English and Phonics textbooks for Japanese students and held seminars for teachers throughout Japan.

Since 2002, Keiko has been teaching the K-4 multi-grade class at Beebe Christian School and has served as the principal. At graduate school she did extensive research on “Teaching Math in Japanese/Asian Ways – Visual Math.” She loves math and uses a variety of hands-on approaches to teach her students, such as the systematic use of math manipulatives, teaching geometry and fractions using origami (the Japanese art of folding paper), and teaching multiplication and division using a horizontal abacus.

Keiko says, “Teaching is her life.” She loves children very much and truly believes that teaching is a very important profession because she can impact and make a difference in the lives of her students. She desires to help her students develop the power to think reflectively and make meaningful decisions and right choices, to learn self-control, to be responsible and considerate, and to love Jesus and rely on Him. She wants to create a lifelong desire to learn in each of her students.

Dennis Breese  was born in California and attended Pacific Union College in Angwin, CA where he received a BA in History with a minor in religion. In 1981 he went to Japan for a year as a student missionary and taught English at the SDA English School in Yokohama. It was his experience teaching in Japan made him realize that his calling in life was to be a teacher. He stayed in Japan for two more years teaching in English language schools to students from kindergarten through adults. He then returned home to continue his education.

Dennis received his teaching certificate in Elementary Education from Portland State University in Oregon and then entered the graduate program there to study Teaching English as a Second Language knowing that he wanted to return to Japan and continue teaching there. He spent ten more years in Japan teaching English at Heidelburg College-- Japan Campus and also served as the Director of the English Program for students who wanted to attend a university in the United States. He also served as curriculum coordinator at Yamate Eigakuin Business College, and taught at  other English language schools as well as evening classes for employees of Fujitsu Corporation. After 13 years Japan, he returned home to teach in elementary school.

Since returning Japan in 1998, Dennis has taught in multi-grade classrooms and served as principal of SDA schools in New Mexico, Montana, and Colorado. He has been teaching full-time or part-time at Beebe Christian school since 2002. He is a bilingual in English and Japanese and really enjoys teaching math, reading, and history.

He teaches grades 5-8 and loves his students. His great desire is to prepare them for a successful and meaningful life here and for the life to come in eternity 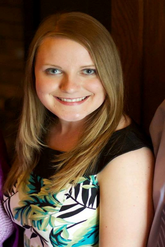 Jessica Reeder was born in Denver, Colorado, and grew up in Loveland, Colorado at Campion Academy, where her parents work. She attended Union College, where she majored in Elementary Education, with a minor in English, which has always been a passion of hers.

Jessica considers herself blessed to have obtained a job in Colorado right out of college. She taught at the middle school and elementary levels in Denver from 2013-2018. She immensely enjoyed the time she taught in Denver, and the relationships she formed with the students and school community there, but is excited to begin teaching closer to “home.” “Northern Colorado is home,” she says, “and my heart is so happy to be moving back, and to have the opportunity to impact the lives of the children at this school for Jesus.”

Being a product of Adventist education herself, Jessica sees teaching as a way to pay forward what she received growing up. She strongly believes that having Christ at the center of education enhances the educational experience, creating a foundation for students to grow not only academically, but in the knowledge of who they are, and to Whom they belong. While Jessica has previously taught in grades 3-8, she is enthusiastic about the opportunity to teach the preschool children, and to give them a solid foundation on which to grow. Jessica says, “These little ones need to know they are safe and secure, and that Jesus loves them. Those are the things that I want them to find in my classroom.”
Address: 2040 Nancy Gray Ave, Fort Collins, 80525. Phone # 970-893-2925. Email: admin@fcchristianschool.com         Privacy Policy